The success story of simplyFUEL is about as American as apple pie and baseball. So much so that owner Mitzi Dulan, RD, CSSD, attributes the company’s initial success to the sport. “As the Team Sports Nutritionist for the Kansas City Royals for the past 11 seasons, I decided to make my very popular-on-Pinterest protein balls for the team,” Dulan says.  “The players loved them and two games later, the Royals clinched the division for the first time in 30 years. The media went crazy about my protein ball story. In baseball, we are superstitious, so I kept making the same protein ball recipe for the players throughout the playoffs and then the World Series and we ended up becoming the 2015 MLB World Champions! I had people all over Kansas City asking me to make them protein balls,” she exclaims.

After the World Series win, with requests for the protein balls showing no signs of slowing down, Dulan decided to make it official and launched simplyFUEL in April 2016. simplyFUEL protein balls are kitchen-crafted with simple, high-quality, non-GMO ingredients to fuel deliciously. “My 20-year background as a brand nutrition spokesperson and national media expert has also been put to great use,” Dulan says.

One way Dulan sets her protein balls apart from the competition is the inclusion of probiotics. “As a registered dietitian nutritionist, I truly understand the important role of probiotics to help support gut and immune health. I am fascinated by the emerging microbiome research. I recommend my clients choose foods to boost their intake of foods containing probiotics so it was really a no-brainer for me to include probiotics in our protein balls.” 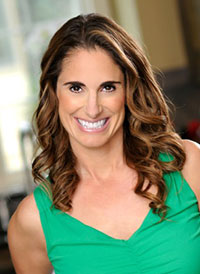 “I was super impressed about the focus on research and scientific information that I found with BC30 probiotic.”
- Mitzi Dulan, simplyFUEL owner 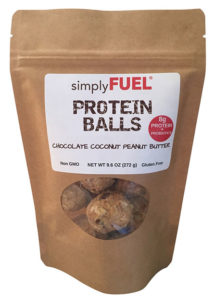 simplyFUEL resonates with consumers across the board. “From superstar pro athletes, busy moms, and workout warriors, to young athletes and teenagers, the balls are resonating with folks who want to eat high-quality foods with clean ingredient labels that also taste great. I like to tell folks to ‘fuel deliciously’. I also provide a product warning to parents: kids love ‘em, too, so you must hide or share!” Dulan says with a smile.

With the company’s early success, Dulan has expansion plans in mind.  “I already have future product plans beyond the protein balls and absolutely plan to include probiotics in these products as well. I am super busy with my food start-up and devoting most of my time to simplyFUEL. I’m no longer working for the Royals organization, although players are still texting me with protein ball requests–they miss them! I’ve recently added more pro sports teams to my customer list and the media continues to love my protein balls. I just got my first request from Hollywood to include my protein balls in an upcoming movie and very popular TV show. I’m also super lucky that I have a large group of friends and colleagues who are the top nutrition influencers in the country and they are fully supporting me and simplyFUEL. 2017 is shaping up to be a very exciting year for simplyFUEL.”

Want to include BC30™ in your food or beverage product? Contact us.